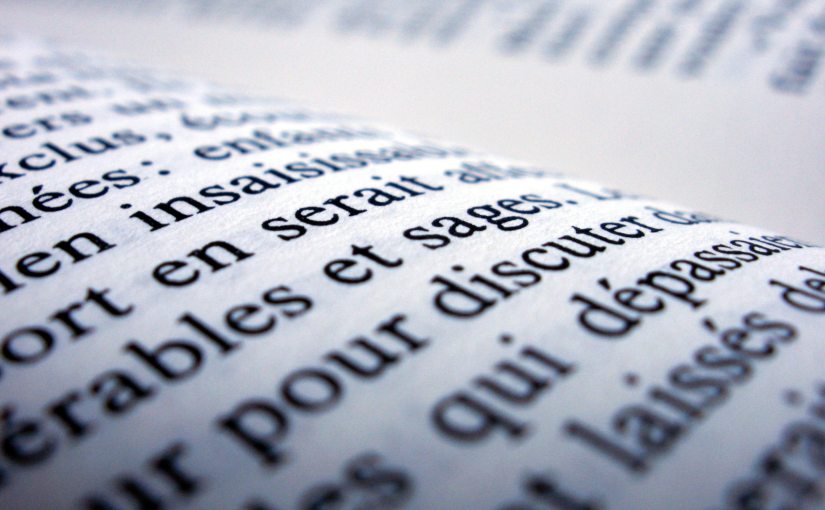 You know how they say “insanity” is doing the same shit over and over again and expecting a different result? That’s total bullshit that originated in mind of some out-of-touch brainiac who never had to run a house, shuttle kids, go to Costco, do laundry, balance a checkbook, run a business or make a new career.

My guess is that said brainiac had a partner who did everything for him. His partner probably thought that definition was bullshit, too … although she didn’t really have time to think because it was Saturday and she had to get to Costco before it closed.

Every day, I wish for more time. It never materializes, but I hang my hat on that hope that it will.

Instead, I get a late start. To everything. And I take more time to complete all tasks. I dream of dinner that’s magically “ready” and delicious (sorry, Chipotle, that rules you out), and lunches that are made by the picky kids who will start complaining any second now. I envision a world where the really old cat is pre-injected with his insulin and where the even really-older cat stops shitting on the floor. Where I’m finished with homework, where laundry is clean and folded. Where the gold fish are fed, rugs are vacuumed and litter boxes exhibit no signs of use. The dog does her part to help me achieve the latter (thanks Zizzy!).

Nothing else really changes, except my bed time, which keeps getting later, and my wake up time, which is now even earlier. Fortunately I’m positive that I’m fully capable of keeping it all together, even on <4 hours of sleep. (Not insane!)

I hadn’t really thought about any of this before going back to school because I was too busy. I knew time would be tight but all I really considered was the time I’d spend in class. Homework? Do they still give that?

Unfortunately, even without homework, I was finding my schedule a little fuller than expected. After the first two weeks, where I regularly saw 1a AND 5:23a (WTF? Do people willingly wake up in the 5a hour? Even roosters know better. I know — I’m now up early enough to hear them after I get out of the shower), I knew I had to do something. So I did what any mom/working woman would do: I scheduled it. I planned that motherfucker out. Every last second of every last day. I am a rockstar.

Then my goddamn instructors ruined my plans: homework.

WTF again??? Now I’m expected to prepare for class, show up (occasionally on time) AND do something to apply my new-found knowledge? That’s a truer definition of insanity, cuz I can’t see any way it’s gonna’ to happen.

I add the homework into my schedule. It doesn’t fit but whatever. My ingenious plan shifts so I start working on next week’s homework and prep work the minute my Wednesday night ends. It’s busy but I’m sure it’s manageable.

Except there’s cat barf on the comforter so the bed needs to be stripped and changed. And those promises that I made to children. And clients who need something that I have to pretend to care about.

Ultimately it comes down to this: I’m now forcing myself out of bed at 5:25a each weekday — even on the days I don’t go to class — so I can get a head start on the schedule. In theory, I start everything sooner. Complete everything faster. Laugh in the face of time because it won’t get the best of me.

That, BTW, is bullshit, too.

Realistically, when you have a family, a job, geriatric cats, a dog and an eating habit that needs continual reinforcement, there’s no way you’re getting a jump on things. You have 10 minutes? Someone’s taking 15. You can change your schedule all you want but you can’t control anyone else’s. You’ll spend more time trying to maneuver around everyone else’s hopes and dreams than you’ll ever spend on trying to realize your own.

In reality, I spend all week finishing up the homework that never makes it onto the schedule because it’s assigned during class. It’s Sunday afternoon before I start any actual studying. Bedtime gets closer to 2a. I think of the overnight hours as a light nap, which should be enough to get me through each day.

If you ask me, because I’m still in school. I finish everything assigned to me, except for the assignments that never actually registered in my brain. I remember to wear pants or shorts each day and thus far have kept them seasonally appropriate. I’ve only to burn down the house with my flat iron once, which didn’t actually burn down the house, but did melt parts of itself. I’ve found only one errant tampon (unused, which was a relief because you never want to think you’re so spaced that you leave a used one somewhere). I only had to re-read paragraphs 2-3 times or tell my kids to ask me the same thing repeatedly before the meaning registers. And, from what I’m been told, I only actually nap in my 2p class (which has nothing to do with lack of sleep — the shit is boring).

Best part: I do this every week now. At least until they change my schedule and throw a few more things at me, which is fine because my morning class is dull, too, so I can get a little more sleep.

But here’s the deal: if insanity really is doing the same thing over again and expecting a different result, then we’re all insane. Face it, we hope and dream every day but nothing changes. We go to work each day imagining it will get us ahead. It doesn’t. Insane! We expend effort hoping to raise kids to be wonderful, caring, brilliant societal contributors  and they sit around watching YouTube and playing video games while they text-curse their friends, who are also not insane. Insane! We get in arguments on social media because we think we’re going to change the minds of the really old right-wingers that we’re all harboring in our family trees, but they still vote for Trump. Insane! We pass up an empty seat on a standing-room-only bus so the woman behind us walking with a limp can sit, but it doesn’t matter since some guy’s backpack finds the seat before she does. Insane! We let people behind us at Costco who only have one or two items … wait, no one at Costco has only one or two items. INSANE!

To paraphrase Syndrome from The Incredibles, “When everyone is insane, no one will be.” So if you keep trying and dreaming, you’re actually not insane. Just hopeful. Because if you’ve ever read the news, you know the only thing we have going right now is hope, even though it’s getting more and more obvious that it’s not changing anything.

The true definition of insanity is probably closer to this: spending the time it takes to come up with a logical definition of insanity, while your partner gets stuck doing everything short of wiping your ass before heading to Costco for more toilet paper. That, my friends, is truly insane.